CGSC Professor Emeritus is Person of the Month 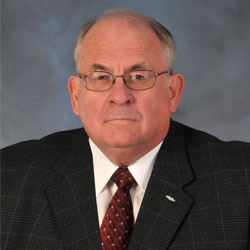 The CGSC Foundation has selected CGSC Professor Emeritus Dr. Jim Willbanks, the former director of the CGSC Department of Military History and General of the Army George C. Marshall Chair of Military History, as the Person of the Month. 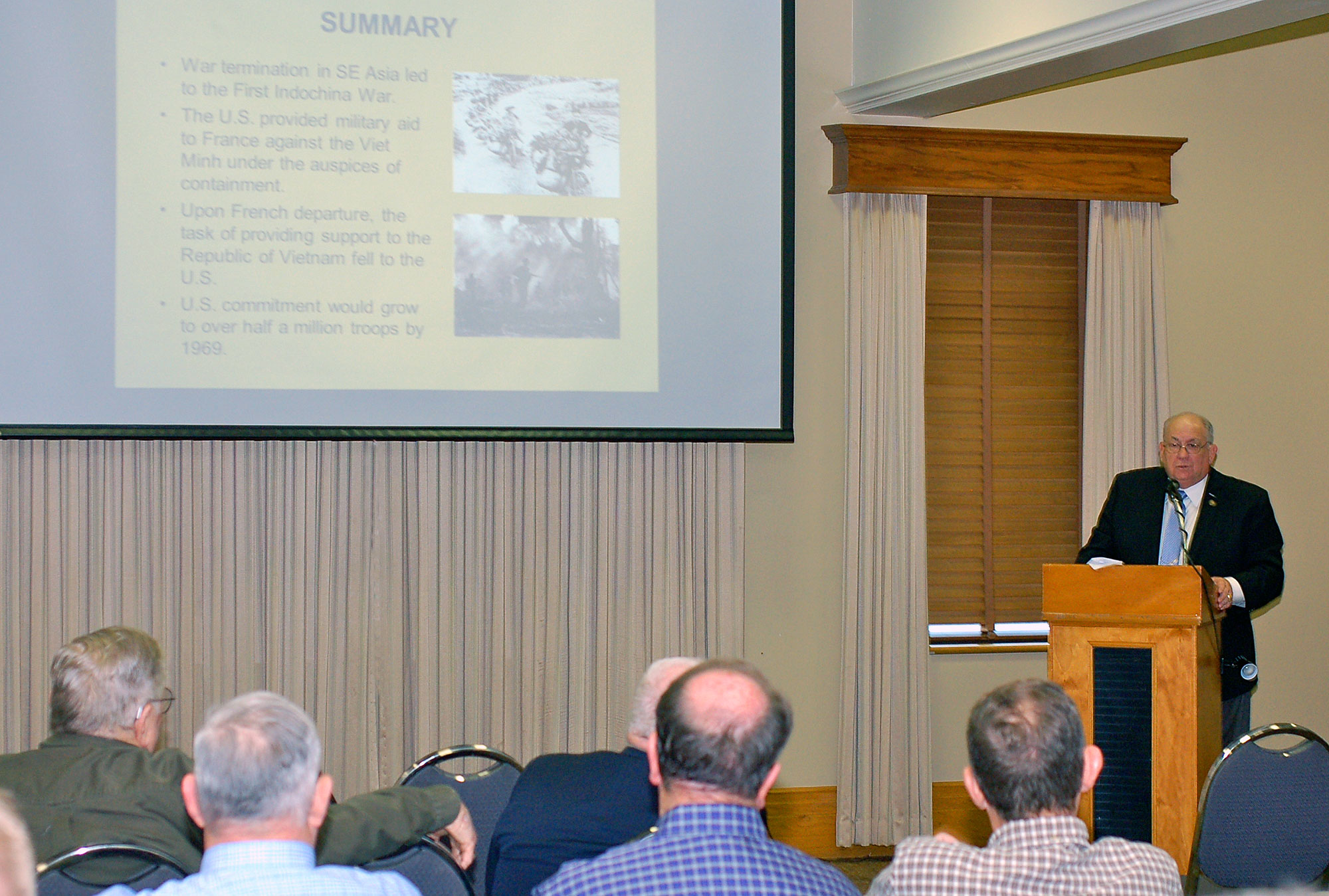 Dr. Jim Willbanks presents at the first lecture of the “Vietnam War Commemoration Lecture Series” on March 23, 2016, at the Riverfront Community Center in downtown Leavenworth, Kansas. The series was presented by CGSC’s Dept. of Military History, and the U.S. Army Garrison Fort Leavenworth, and supported by the CGSC Foundation and the Henry Leavenworth Chapter of AUSA. 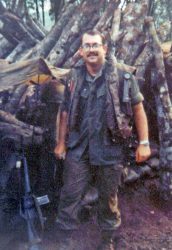 Twenty-three year old Capt. Jim Willbanks in Vietnam in 1972, in the vicinity of An Loc in Military Region III, near the Cambodian border.

“We’ve selected Dr. Jim Willbanks as our person of the month in anticipation of the celebration of Vietnam War Veterans Day in March,” said CGSC Foundation President/CEO Rod Cox. “We’re honoring him as a representative of all Vietnam War veterans as well as for his tremendous support and partnership of the Foundation.”

Dr. Willbanks retired from his position at CGSC in 2018. He joined the CGSC faculty in 1992, after retiring from the Army. He is a nationally-recognized scholar on the Vietnam War with his work highlighted in the New York Times, PBS, and many others. He also served as a consultant to Ken Burns and appeared on camera in the 10-part, 18-hour documentary on the Vietnam War for PBS which began airing in fall 2017.

Willbanks graduated from Texas A&M University in 1969 and was commissioned as an infantry officer. In 1972, he served as an advisor with a South Vietnamese infantry unit in An Loc during the 1972 North Vietnamese Easter Offensive. After a twenty-three year Army career including assignments in Germany, Japan, Panama, and the Continental United States, Dr. Willbanks joined the faculty of CGSC where he taught national security policy in the Department of Joint and Multinational Operations, before becoming the director of the CGSC Department of Military History for twelve years. He earned his master’s and doctoral degrees in history from the University of Kansas and is the author of Danger 79er, The Life and Times of Lieutenant General James F. Hollingsworth. He is also the author or editor of twenty other books, including A Raid Too Far (Texas A&M Press, 2014) and Abandoning Vietnam (University Press of Kansas, 2004). Willbanks’ military awards and decorations include the Silver Star, Legion of Merit, Bronze Star with “V” and Oak Leaf Cluster, two Purple Hearts, and the Vietnamese Cross of Gallantry with two Silver Stars.

“Upon his retirement, Jim built a new home and moved to Texas, where he continues to write and add his scholarship to the examination of the Vietnam War,” Cox added. “We are looking forward to him continuing to share his expertise with our Foundation audiences.”

We salute Dr. Jim Willbanks for his outstanding service to the nation and for his continued support and friendship to the CGSC Foundation.