Beginning in 2009, the Command and General Staff College Foundation has partnered each year with the U.S. Army Command and General Staff College to host an annual ethics symposium at Fort Leavenworth. These annual symposia provide an opportunity for academics and practitioners to come together to discuss ethics as they relate to the profession of arms, the practice of state controlled violence, and national security.

The most recent formal ethics symposium was conducted in 2019. Click the links at right to find information about that symposium as well as previous years.x

The General Hugh Shelton Distinguished Visiting Chair of Ethics was established in November 2009 through a generous grant from Mr. Ross Perot through the Perot Foundation. 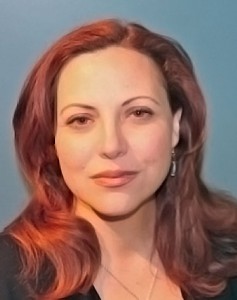 Dr. Shannon E. French has been the CGSC Foundation’s General Hugh Shelton Distinguished Visiting Chair of Ethics since Feb. 1, 2017. French is the Inamori Professor in Ethics, director of the Inamori International Center for Ethics and Excellence, and a tenured member of the philosophy department with a secondary appointment in the law school at Case Western Reserve University (CWRU) in Cleveland, Ohio. She is also a senior associate at the Center for Strategic and International Studies (CSIS) in Washington, D.C.

French received her Ph.D. in philosophy from Brown University in 1997. Prior to starting at CWRU in 2008, she taught for eleven years as an associate professor of philosophy at the United States Naval Academy and served as associate chair of the Department of Leadership, Ethics, and Law. She is the author of many scholarly publications, including The Code of the Warrior: Exploring Warrior Values, Past and Present, editor-in-chief for the International Journal of Ethical Leadership, and an associate editor for the Journal of Military Ethics.

Dr. French is the third person to occupy the chair since its inception in 2009.

The first General Hugh Shelton Distinguished Visiting Chair of Ethics, Dr. John Mark Mattox (Col., U.S. Army, Ret.), was the first-ever privately funded academic chair in the history of the U.S. Army Command and General Staff College. Mattox served from Nov. 7, 2011 until Dec. 5, 2012. Dr. Daniel M. Bell, Jr. was the second chair and served from Dec. 5, 2012 through April 21, 2016. The normal term for the chair is two years, however Dr. Bell’s exemplary service was rewarded with a second term extension.

The Fort Leavenworth Ethics Symposium is an annual symposium co-sponsored and hosted by the U.S. Army Command and General Staff College (CGSC) and the Command and General Staff College Foundation, Inc. Advertisements, promotions, statements, and logos are those of CGSC, the CGSC Foundation, or other organizations participating in this event. The United States Army neither states nor implies any endorsement, association, or recommendation with regard to the CGSC Foundation.

Downloads and other resources