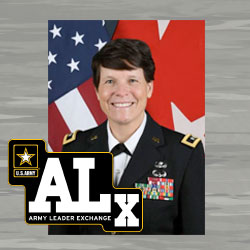 UPDATE: The June ALx with Major General Maria R. Gervais has been postponed. It will be rescheduled in the near future.

Major General Maria R. Gervais, the deputy commanding general for Combined Arms Center-Training, is the guest speaker for the Army Leader Exchange (ALx) program on , in the Arnold Conference Room of the Lewis and Clark Center on Fort Leavenworth. 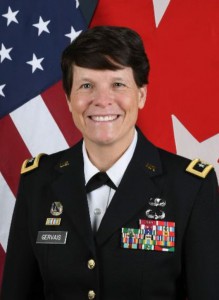 Maj. Gen. Gervais was the 28th Chief of Chemical and the Commandant of the U.S. Army Chemical, Biological, Radiological and Nuclear School. She also previously served as the deputy commanding general of U.S. Army Cadet Command and Fort Knox. (full biography here)

The ALx is open to all civilian and military personnel on Fort Leavenworth. The event will also be streamed live on the ALx Facebook page (facebook.com/armyleaderexchange)

One thought on “June ALx event is postponed”

One thought on “June ALx event is postponed”