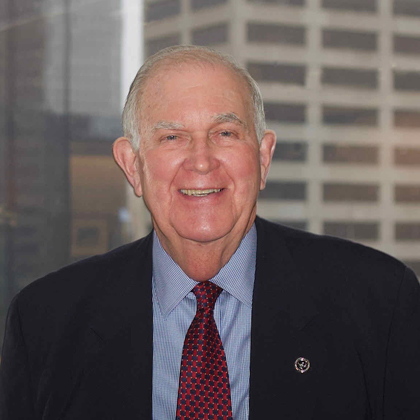 The CGSC Foundation has selected Col. William Eckhardt, U.S. Army, Ret., as a Foundation Person of Note to honor his long service to the Foundation, the legal community, and the profession of arms.

Eckhardt is a founding trustee of the Foundation who served two three-year terms on the Foundation board of trustees from 2009-2015. He was re-nominated to the board in 2018 and served a third term through mid-2021 and is currently serving in his fourth term through 2024.

“Bill has been a stalwart member of the CGSC Foundation board of trustees for more than 10 years,” said Foundation President/CEO Rod Cox. “As a founding trustee and lawyer he has been involved in the drafting of our Foundation’s by-laws and the list of his other contributions is very long. Bill is forever a voice of reason founded in the highest of ethics and is extremely valuable to our efforts in support of the College. ” 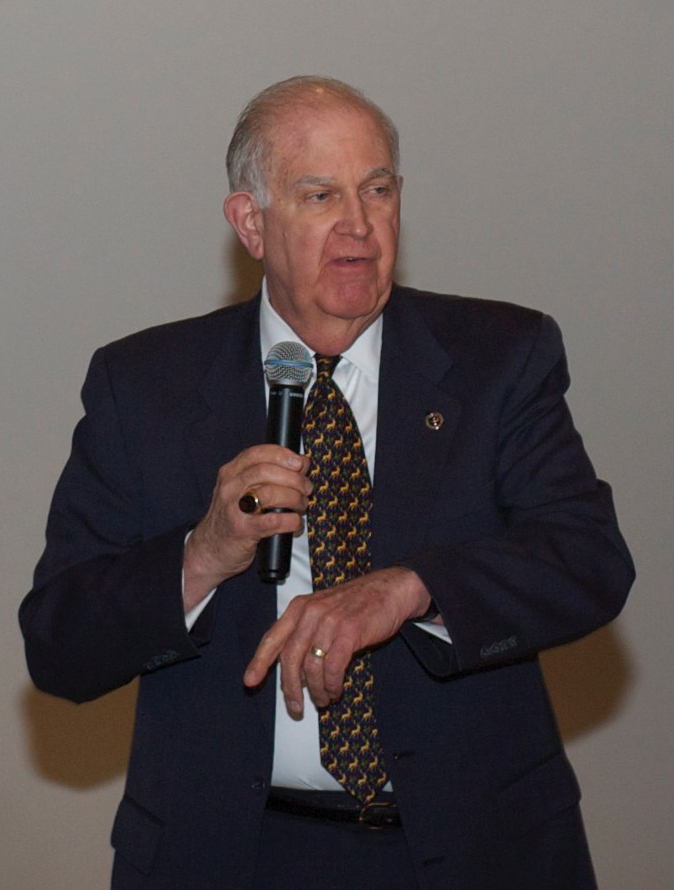 Eckhardt is likely most well-known in legal circles for his role as the chief prosecutor in the court-martial of Army Captain Ernest Medina as part of the My Lai massacre trials in 1970-1971. Eckhardt was a captain at the time. Ultimately, Eckhardt served 30-years, retiring as a colonel, with the Army’s Judge Advocate General’s Corps where he provided legal services, litigated in federal and military courts and taught at the University of California at Berkeley, taught at the Command and General Staff College at Fort Leavenworth, Kansas, and taught and held the Dwight David Eisenhower Chair of National Security at the Army War College at Carlisle Barracks, Pennsylvania. Eckhardt begain teaching law at the University of Missouri-Kansas City School of Law in 1993 and is now a “Teaching Professor Emeritus” of the college. Eckhardt received his B.A. (Honors) in 1963 from the University of Mississippi, his LLB (Honors) from the University of Virginia School of Law and his LLM Equivalent (Honors) in 1970 from The Judge Advocate General’s School.  He also graduated from the Army’s Command and General Staff College in 1978 and the Army War College in 1982. He is also an author and editor of several significant publications including editing “Law for the Joint Warfighter.”

The CGSC Foundation is proud to honor William G. Eckhardt. His leadership and dedication to the Foundation mission are truly deserving of our “Person of Note” recognition.