As part of the “Art of War: Gifts of Peace” art exhibit at The Box Gallery  (1000 Walnut St., KCMO), the gallery will host a poetry reading event on July 13 at 5:30 p.m. The event is free and open to the public. Information about the poets is below.

HC Palmer is a retired physician, a graduate of Kansas University and the University of Kansas Medical School. He was a battalion surgeon with the First Infantry Division during the American war in Vietnam. His poems have appeared in New Letters, Narrative Magazine, War Literature and the Arts, Poetry Daily, and other literary publications. Two of his poems have been nominated for a Pushcart Prize. He is an assistant poetry editor for Narrative Magazine. His first book of poems, Feet of the Messenger, will be published later this year by BkMk Press, University of Missouri, Kansas City. For the past 5 years he has worked with veterans with moral injury and PTSD, directing a writing program with the The Writers’ Place and the Kansas City Public Libraries.

Bill Bauer is a poet. In his own words “Since I can remember I have been enchanted by the sounds of words and people’s voices. Most of all, I like to catch the sound of the voice at moments when the words are spoken by whim or chance, at random, spoken in moments of want, protest or surprise.  I think this is where authenticity can be found. I made it through college by hook and crook with the help of a half-time scholarship, 50 hours a week working nights as a copy boy and sometimes junior reporter at The Kansas City Star, and a work-study job at school. Then, as I began graduate school, a huge hand reached out of the sky and I awoke one morning against my will at a fire base in South Vietnam. When I returned from the war, my academic career was gone, no longer in reach.” After the war, Bill and his partner Larry Worrall created Media/Professional Insurance, Inc., one of the largest insurance providers dedicated to serving media companies. Bill is now retired from the insurance business and continues to write poetry.

George Biswell is Bill Bauer’s chosen reader for this event. George has been involved with specific entities in the veterans for peace movement for many years. He was a radio announcer for the Air Force, and he has also hosted a Vietnam veteran focused radio program for civilian audiences. George is very knowledgeable about the political movements and ambitions of Vietnam veterans. He was associated with the Vietnam Veterans Against the War (VVAW), of John Kerry fame, and has long been affiliated with the Vietnam Veterans of America. George has always been interested in making the Vietnam experience available to the public through artistic expression. 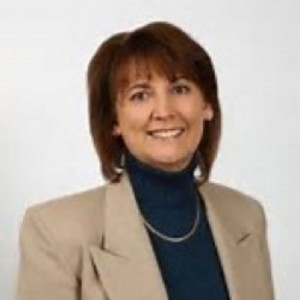 Cindy McDermott has more than 25 years experience in corporate communications. During her time as the employee communications manager for Alcoa’s Davenport, Iowa, plant, she focused on business plan metrics and employee culture change. In addition, she served in the United States Navy, retiring in 2006 as the head of the Public Affairs Department for the Midwest Readiness Command, located in Chicago, Illinois. She achieved the rank of commander (O-5). After retiring from Alcoa in 2013, Cindy moved to the Kansas City area to be closer to family and formed a strategic communications company, McD Media. In addition, she co-founded and serves as the executive director of the Moral Injury Association of America, offering outreach and support to veterans suffering with moral injury, their families and friends. For the past four years, she has been part of a team organizing annual Vet Writing Workshops in KC, and serves as a volunteer for the Missouri Humanities Council’s Veterans Writing Workshop Facilitator and Partnership Team. She is also the lead writer for HERLIFE Magazine – Kansas City, which was recently selected as the 2017 Print Publication of the Year by MediaMix of Kansas City. When she’s not busy, Cindy finds time to write humorous fiction with a bit of mystery and romance and is the author of a series of three books, with the fourth coming in September. You can visit her website at www.cindymcdermott.com.